10 Educational Movies that can Inspire Every Teacher 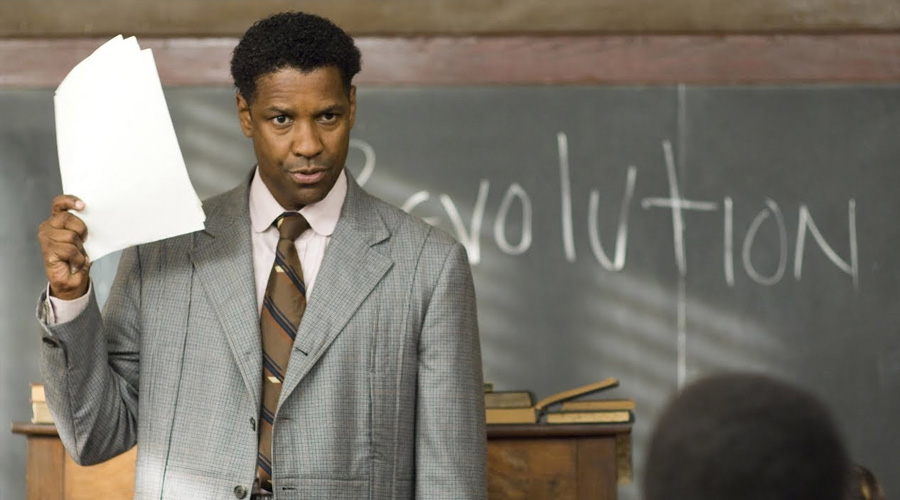 The movies that are primarily intended to teach is known as educational movies. As an alternative to traditional teaching approaches, these movies have been utilized in classrooms. When combined with other curricula and instructional resources, educational movies can give educational value. Educational movies for teachers should be watched by the students also. Good teachers have a variety of traits. Some are effective by employing compassion, while others set a high standard for their students and never let it go. Each teacher will have to navigate the daily practice of being in a classroom on their own, and no two teachers will teach in the same way. Here we will discuss ten educational movies (five western educational movies and five Indian educational movies) which every teacher should watch which can help them to improve the education system.

Dangerous Minds (1995): Dangerous Minds is yet another narrative (based on the true story) about a teacher’s commitment to an underprivileged school. Louanne Johnson (played by Michelle Pfeiffer), a former Marine, applies for a high school teaching job and gets it. When she arrives at the school the next day, she is met with a classroom full of rough, surly teens. She almost gives up in frustration at first, but she decides against it. The “war” begins once she has made up her mind that she would win over the students. The class is fully won over in the end. In reality, kids not only begin to learn and like it, but they also develop a love and respect for their teachers.

Freedom Writers (2007): In this movie, Erin Gruwell’s (played by Hilary Swank) commitment also leads to a sympathetic understanding of her poor pupils, and she reaches the ultimate breakthrough when she tells them that they aren’t the only ones dealing with issues. Even though she is not authorized to use The Diary of Anne Frank, she does so at her own expense. Breaking all the rules once more, of course, helps her to become an excellent teacher who her pupils adore.

October Sky (1999): Teachers not only teach you, but they also point you on the right path when you lose sight of your objective. October Sky is about a teen, Homer Hickam (played by Jake Gyllenhaal), who is fascinated with rocket launches. He eventually makes it to NASA, owing to his teacher’s encouragement and guidance.

Stand and Deliver (1988): Jaime Escalante (played by Edward James Olmos) becomes a mathematics teacher at James A. Garfield High School in East Los Angeles. The school is brimming with Latino children from working-class homes who are academically behind their peers and have a slew of social issues. He quickly recognizes his class’s latent potential and sets a goal for them to take AP Calculus by their senior year. Escalante puts in a lot of effort to instruct and encourage them, and they succeed in passing the AP Calculus exam.

The Ron Clark Story (2006): A moving story of a young teacher (played by Matthew Perry) who leaves his birthplace to teach at a public school in New York City. He can make a significant difference in the lives of his students by his enthusiastic application of unique rules in his classroom. He allows one little girl attempting to attend school while raising her three siblings to overcome her predicament and become the class’s best student.

3 Idiots (2009): It is a comedy-drama movie directed by Rajkumar Hirani, starring Aamir Khan, Kareena Kapoor Boman Irani, and many more. The movie conveys a powerful message about college ragging, infatuation with good marks, and the hazardous implications of parental pressures on today’s college students in the Indian education system.

Taare Zameen Par (2007): This movie is directed by Aamir Khan, starring Darsheel Safary and Aamir Khan himself. The movie’s plot portrays a particular relationship formed between a teacher and a dyslexic kid who helps him overcome his condition.

Paathshaala (2010): It is directed by Milind Ukey, starring Shahid Kapoor, Aayesha Takia, and many more. This movie is a Bollywood-style critique of India’s education system and its flaws. The film’s plot revolves around a popular new teacher who rallies the staff against the school administration’s strategy of placing increasing amounts of stress on the kids.

Hindi Medium (2017): It is directed by Saket Chaudhary, starring Irrfan Khan and Saba Qamar. The video tells the narrative of every Indian parent who wants a decent school for their children, but finding a reputable school is difficult, so they resort to deception to gain entrance. It’s a sarcastic and amusing look at the private school admissions process.

Black (2005): It is directed by Sanjay Leela Bhansali, starring Amitabh Bachchan and Rani Mukerji. The movie is about a deaf, blind child and her emotional relationship with her teacher.

How Can Schools Give Tough Competition to Ed-tech Companies?

How to Ensure Effective Teaching and Learning in VET?

An Overview of Technical and Vocational Education and Training (TVET)