Esports & EdTech Sponsorships in the IPL 2020 Became a Big Bet 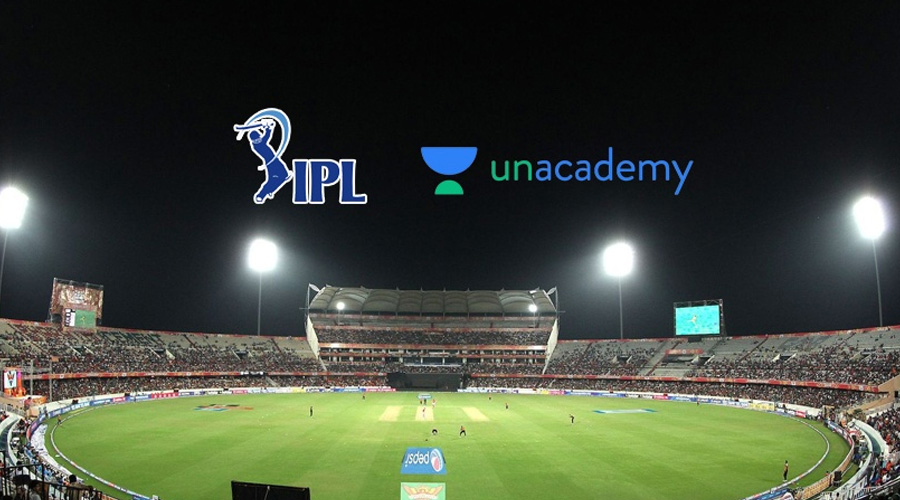 The 13th season of the Indian Premier League (IPL 2020) was slated to begin on September 19, 2020, in the United Arab Emirates. In the aftermath of the pandemic, the IPL 2020 was unusual for several reasons, including a game without spectators, a 50% drop in sponsorship income and the absence of a home stadium. IPL 2020 was dominated by digital-first participants, particularly EdTech and Esports Sponsorships on the game to work its magic on them. So far, digital-first firms had invested over Rs 400 crore in sponsorships, ranging from Dream11 to Byju’s to UNACADEMY. Three EdTech and Esports Sponsorship companies — Dream11 (Rs 222 crore) (Esports company), Byju’s (Rs 201 crore) (EdTech company) and UNACADEMY (Rs 201 crore) (EdTech Company) – competed for the IPL 2020 title sponsorship (Rs 170 crore). Tata Sons were considered as the frontrunner bidder by many until the last minute.

The IPL 2020 began with a crisis when the Board of Control for Cricket in India (BCCI) announced that it would split ways with its long-term title sponsor VIVO due to China’s requests for a boycott amid rising antagonism between the two nations. With VIVO, which used to spend Rs 440 crore per year on the game, out of the picture, the BCCI had signed a one-year deal with fantasy sports website Dream11 for Rs 222 crore as its title sponsor.

Sundar Raman, Sports Advisor & Consultant, Formerly CEO Sports – Reliance, COO IPL, and MD MindShare, explained that it had been the case for the past 10-12 years of the IPL. Over time, the lead categories had changed. Previously, it was telecom, car, banking, and e-commerce; today, it’s EdTech, Esports and so on. IPL 2020 gave the finest chance for companies to generate quick recognition and huge reach over a short period and brands perceive substantial value in IPL depending on their life stage. It provided them with size and imagery, which was what they might be wanting.

The growth of digital-first firms as major sponsors in this IPL 2020 reflected the prevailing market mood, with customers across categories adopting a digital-first strategy. According to Charu Sharma, Director of Mashal Sports and a famous sports commentator, there were billions of objects floating around in the internet world urgently seeking attention, and new-age digital enterprises were receiving mountains of cash at that moment.

When discussing how legacy companies have fallen to digital-first players in IPL 2020, Sharma stated, “Legacy brands, as well as other regular consumer brands, who were the usual suspects on TV during the IPL, are struggling to cope with the terrible eco­nomic tsunami caused by the Covid-19. Perhaps, high-cost advertising does not fit into their recovery strategies. Add to this, the pullback by major Chinese telecom brands. Also, remem­ber, legacy brands belong to companies that depend on long-term strategies and budget decisions are taken well in advance. The long delay in confirming IPL dates may not have suited them.”

There had been an outright ban on all athletic activities for the past five months or so. In reality, consumers had run out of stuff to watch on TV and OTT platforms and they were all seeking new content, which IPL 2020 promises to deliver. Experts believed that with IPL 2020 eventually taking place despite the ongoing pandemic, the league would benefit from the pent-up viewership, which was projected to be 25% greater than the previous season.

The official broadcaster of the IPL, Star India, had increased ad prices by 20-25 percent. Advertisement charged for the 13th IPL would range from Rs 12 lakh/10 seconds to Rs 12.5 lakh/10 seconds. Ad prices for the tournament on Disney+Hotstar had also been increased from 120 CPM for a 10-second commercial to 180-200 CPM. According to sources familiar with the situation, Star was giving deals ranging from Rs 10 lakh to Rs 5 crore.

This IPL 2020 would be engraved in the minds of the eight franchises for a long time. And not because of the good memories it evoked. The general drop in sponsorship money, as well as a 20-30% anticipated drop in franchise revenue, had contributed to IPL club owners’ concerns. Despite the difficulties, team franchises had been negotiating sponsorship in IPL values and had been able to get several high-profile sponsors.

Because on-ground and on-air sponsorship in IPL were very expensive, franchise sponsorships had traditionally played an important role because they allowed comparatively smaller businesses with lesser budgets to sample the league’s unrivaled marketing power.