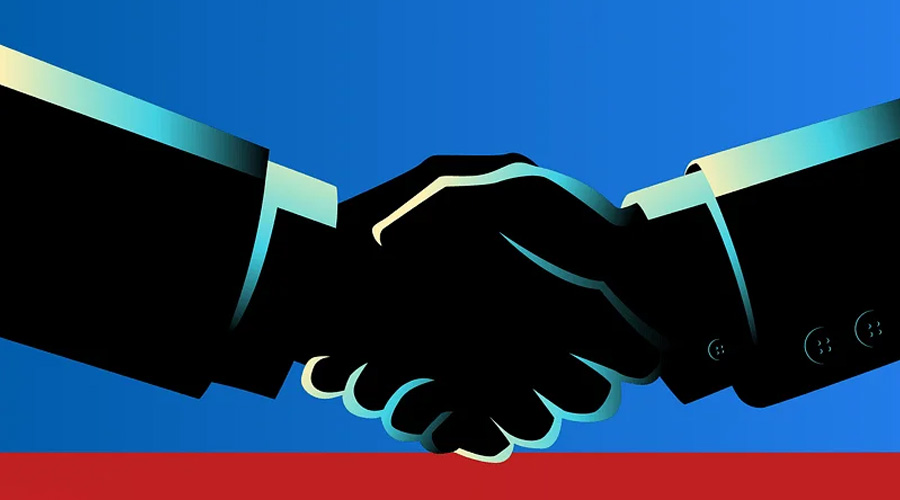 Almost every industry has seen massive alterations in recent years as a result of technological advancements and cheap access to internet services, and education is no different. Education technology, or ed-tech, has brought about a significant change in how education is transmitted across the country, in terms of how far, how deep, and how successfully it is disseminated. Without a question, the education sector required more adjustments and growth than it had in the past. The outbreak of the COVID-19 pandemic has only accelerated this shift by reassuring society that learning is not limited to schools. This is also one of the primary reasons why a majority of ed-tech companies are seeing unprecedented growth in terms of users, financing, and size, drawing unprecedented attention from investors, entrepreneurs, and other key stakeholders. According to YourStory Research, ed-tech was one of the top three financed industries in India between January and August 3 this year, garnering US$1.9 billion across 80 deals. BYJU’S and Unacademy together received roughly 76% of all ed-tech financing this year, totaling US$1.44 billion.

It can be said that Byju’s is one of the top ed-tech companies around the world. Byju’s has become a household brand in the world of online education. It’s the company’s full name, Think and Learn Private Ltd. Byju’s began as a coaching class and has now evolved to become one of the world’s leading EdTech firms. Byju Raveendran and his wife Divya Gokulnath started this EdTech company in Bangalore. They’ve also partnered with firms such as Disney to make studying genuinely enjoyable. To make learning enjoyable, they employ engaging video lectures, individualized learner journeys, limitless practice sessions, and interesting surveys. Byju’s offers lessons for K3, K10, K12, CBSE NCERT, ICSE, and IIT-JEE, NEET, UPSC. They also have a children’s learning app called Byju’s for Kids, which focuses on early learning for children in grades 1-3. Byju’s paid US$600 million for Singapore-based higher education platform Great Learning and after-school learning app Toppr in July 2021. Byju’s purchased the online exam preparation platform Gradeup for an unknown sum in September 2021 and renamed it BYJU’S Exam Prep. Byju’s received US$460 million in a Series F financing round in March 2021. B Capital, Baron Funds, and XN invested US$1 billion in Byju’s in April 2021.

Unacademy is a Bangalore-based Indian education technology firm. Gaurav Munjal started the firm as a YouTube channel in 2010, and it was then formed by Gaurav Munjal, Roman Saini, and Hemesh Singh in 2015. The firm has over 50,000 registered educators and provides study materials for a variety of professional and educational entrance examinations. Unacademy classes are available in the form of Live Classes, which are both free and available on a subscription basis. It has become one of the best ed-tech companies in India with proper education technology.

Among the top ed-tech companies, Brainly is a Krakow-based education technology business with headquarters in New York City. Students, parents, and instructors may ask and answer homework questions on a peer-to-peer learning network. Gamification features, such as motivating points and ranks, are included on the site. It invites users to participate in the online community by answering questions posed by other users. Brainly had US$350 million monthly users as of November 2020, making it the most popular education app on the planet. Michal Borkowski established the firm in 2009. Brainly is available in 35 countries right now. If you’re having trouble with a homework problem, Brainly can assist you in solving it in a matter of minutes. Brainly’s platform has been used by middle and high school children, as well as their parents, across India to improve their abilities in major academic areas including Math, Science, local languages like Hindi, and Social Studies.

Vedantu is a live online education platform that provides students with customized lessons. Vamsi Krishna, Saurabh Saxena, Pulkit Jain, and Anand Prakash started the company in Bengaluru in 2011. Due to constant feedback, Vedantu’s W.A.V.E platform has been granted an IP Patent for ‘Measuring the Effectiveness of An Interactive Online Learning System,’ which assists teachers in identifying a student’s attention level, increases student-teacher interaction, improves doubt-solving, participation in gamified quizzes, and allows teachers to customize teaching patterns. Vedantu made its first acquisition in February 2021, when it paid an unknown sum for Instasolv. It invested in Pedagogy, an AI-enabled learning platform, in July 2021. Vedantu secured US$100 million in investment in July 2020, led by Coatue, a US-based firm. Vedantu’s overall fund tally now exceeds US$200 million, according to the new financing. According to Fintrackr, Vedantu raised US$100 million a year ago at a post-money valuation of approximately US$500 million. Vedantu has become one of the best ed-tech companies.

Toppr, one of the Indian ed-tech companies, was founded to offer online education to children in grades 5 through 12. Zishaan Hayath and Hemanth Goteti started the company in Mumbai in 2013. Toppr offers preparation classes for a variety of examinations, including boards, JEE, NEET, AIIMS, and CLAT. Toppr was selected as one of the winners of the Tyton Global Growth Awards in the category of “Top 50 International Education Companies” in June 2018. It has extensively utilized technology like artificial intelligence (AI) and machine learning to assess student behavior and react accordingly. Toppr has secured US$35 million in investment and is looking to expand its market share.

Potential of Artificial Intelligence in Education Will Enhance Teaching and Learning

By Priya Dialani
3 Mins read
Artificial Intelligence in Education can help students learn better and enhance the jobs of teachers. Worldwide adoption of technology in education is…
BusinessFinance

The Union Budget for Education sector Can Bring Major Reliefs

How fashion startups get accepted into tech accelerators

By admin
5 Mins read
Graduating from a top accelerator or incubator can be as career-defining for a startup founder as an elite university diploma. The intensive programmes, which…