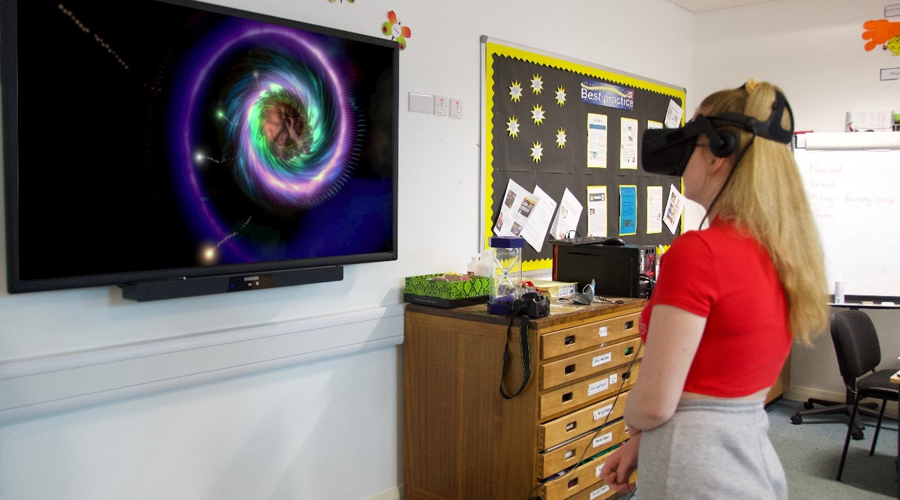 Indian EdTech has recently assumed tremendous dominion over the proceedings of education. The major driving force of this development is the pandemic that has led to the arrival of advanced learning through digital education. The Indian government has a lion’s share of attention towards empowering Indian EdTech in the light of progress it is currently demonstrating. Surprisingly, digital education has become the prime means for education while it was only considered complementary and ignored significantly. Besides, advanced technologies are being incorporated in the digital space leading education to take major curves. These technologies include augmented reality and virtual reality. AR and VR in education are not only enhancing the way of learning but are also encouraging students to observe their lessons even closer than before.

While Indian EdTech is immensely proactive, the integration of AR and VR in education is still skeptical. The fluctuations of networks while online delivery of courses are yet a concern among the educational leaders of India, let alone adopting advanced learning technologies like augmented reality and virtual reality. However, there are significant profilings that suggest five years from now the scenario will be different and is expected to reach a 10 billion valuation by the end of 2025. This gives us a certainty about the adoption of AR and VR in Indian EdTech. The present circumstances for not including AR and VR in education in India consists of lack of resources, financial constraints, cultural diversity, resistance to new heights, and technical ignorance. Research and studies are simultaneously going on specifically Indian centric involving AR and VR in education.

As the educational institutions start to adopt a full-fledged digital approach to education, the barriers that dictated concerning Indian EdTech are also vanishing. While the development of the nation depends upon the extent of literacy it has achieved, the government in the era of digital learning is ensuring updated guidelines of education. By introducing the National Education Policy (NEP), it has evidently integrated EdTech into the academics, besides, schemes to accomplish digital education in rural areas are also listed there. The network and technical troubles encountered by a large number of users of Indian EdTech are a major stress for the government. Thus, considering these shortcomings a lot of emphasis is placed. However, adapting to the new way of learning or advanced learning method is interesting as well as challenging as a lot of. Challenges are associated with it. Over the online mode, instances of inattentiveness, distractions, lack of practical hand-on, and socializing capabilities are curbed, as a result, a lot of students, although log in to the class, barely pay any attention to the lesson. Thus, to avert these challenges AR and VR in education are introduced by EdTech, which is synonymous to immersive learning and is engaging students more than ever into their courses.

Advantages Of AR And VR In Education

Deploying augmented reality, virtual reality or even mixed reality is striking the Indian EdTech strictly as they aim to remodel the learning techniques followed in digital education. Looking at AR and VR in education as enormously valued tools for revolutionizing learning outcomes, giving it a second thought is necessary. To direct students’ attention and not cause them to feel drifted from the primary essence of education, employing AR and VR in education is inevitable. There are more to just increasing student participation during classes such as experimentation of written concepts, personalized explanation through better illustrations of a subject, diminishes the role of rote and further facilitates active learning. While a futuristic model of education is chalked, it is imperative that we consider augmented reality and virtual reality as a boon.