How to Reduce Data Security Issues in eLearning App Development? 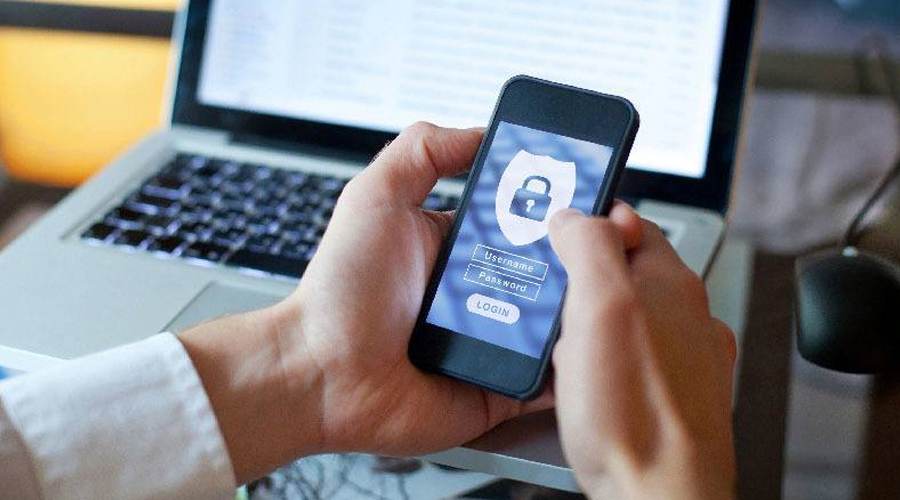 Technology advancement has made app development easier but has also put data security in deep uncertainty. Any data breach can cost an eLearning app dearly, as the users can abandon the app due to misuse of their personal information and financial details.

Implementing radical security measures to prevent data breaches from an eLearning app is a big concern for an app development company. Making data secure should be central to the thinking of an eLearning app developer, as it can otherwise cost identity theft, fraud, loss of intellectual property, data tempering, and more.

In this article, we have covered essential measures that can be taken during the development phase to prevent and secure an eLearning app from unethical users.

Making the data secure is one of the biggest challenges for developers while developing a mobile app. Most of the time, users choose easy credentials such as login passwords that can be easily decoded by a hacker, gaining access to critical user information. During eLearning app development, developers should design apps in a way that information such as passwords, personal details do not get stored on the device. If the data is being stored on the device, then it must be secure and encrypted.

SSL is a standard security protocol to keep the internet connection secure and safeguard sensitive data. Often, developers implement faulty SSL applications during educational app development. Either SSL certificates are not verified or there is a lack of transport layer protection that invites attackers to easily exploit the app. If the transport layer is susceptible to eavesdropping then hackers might gain access to critical data and misuse it for malicious purposes like frauds, identity theft, and so on.

At the earlier stages of an eLearning app development, developers must assess the risks that are common with the server, which is used by the application. The variety of potential attacks on the server are huge and can make an eLearning application vulnerable to malicious attacks.

Vulnerabilities such as insecure communication, injections, insecure direct object reference, and more may lead to server-side adversaries. Attackers who have gained access to the server can push malicious content and can also compromise user devices.

Weak Server Side attacks can be prevented by:

An educational app contains all the important information of a user, and having data leakage should be avoided as the privacy of a user cannot be compromised. Anybody with access to the app’s analytics can misuse end-user details so while developing a custom mobile application for eLearning, developers should integrate standardized APIs for analytics.

Data leakages happen due to the storage of critical data at locations that are not secure or when data is stored on an easily accessible device or app. The result is a breach of user privacy that leads to unauthorized use of data. Leakage of data happens due to negligence in the security of the framework or bugs in an application. Unintended data leakages can be prevented by monitoring leakage points like cache, login, browser cookie objects, and more.

Poor authentication allows anonymous attackers to execute false functionalities within the eLearning app or the app’s back-end server. Authentication requirements in an eLearning app are different from that of web applications, in terms that users need not be online all the time via an app during a session.

For uptime requirements, eLearning apps need offline authentication. This offline user identity authentication method poses security risks as the app is unable to recognize the authorized user. Therefore, while implementing authorization schemes during educational app development, developers need to add a functionality that limits login only in the online mode.

Likewise, poor authorization can result in high privilege breaches such as data theft, data manipulation, or a compromise of backend services. For instance, if a hacker attains rights such as administrators, it may result in an adverse use of data. Poor authentication and authorization can be prevented to increase the security of an eLearning mobile app by:

Writing secure code for an eLearning app thus becomes essential to prevent attackers from violating the code. Hackers can engineer to use the application’s code in an unethical way. Developers should build a hard code that is not easy to break so as to prevent unethical use of data.

To update the code easily from time to time, developers of an educational app development company should follow an agile development approach. Other practices that can be followed to make the code secure are code hardening, obfuscating the code (make it gibberish so that it is indecipherable), and signing to develop the best quality code so that the security bar of an eLearning app is raised.

Data encryption is an efficient way to save data from malicious use. Encrypting data is a way to convert the data from a readable format into an encoded form so that it cannot be read without decryption. eLearning applications have databases that contain student information (PII-Personally Identifiable Information), mark sheets, addresses, and more that need to be secured from malicious attacks.

Using SSL encryption to protect the data is a good practice. Even if a hacker breaks into the database of an eLearning application, the chances of data leakage would be negligible if the data is encrypted.

Using LMS to deliver eLearning courses from a reputable provider is pivotal as it has the best built-in security options and features. During eLearning app development whether you hire a professional eLearning developer or not, make sure that the LMS that is being used is from an authorized provider.

The way of user authentication varies on APIs. For some APIs, an API key is needed, while others might require an elaborate authentication to protect sensitive data. Authorized APIs that are provided by secured trustable parties should be used in an eLearning application code by the developers.

For maximum security, experts recommend having central authorization for all the APIs used in the eLearning application. Otherwise, hackers will be privileged to tamper with sensitive data.

The target audience of most eLearning and educational apps is based on age, varying from students, adult learners, and professionals who are looking to enhance their skill set. Thinking that having strong or hard-to-guess passwords or usernames are enough to secure personal identity, can have repercussions to users who save their passwords naively.

In today’s scenario, the power of modern hardware makes it easy for hackers to break into an SFA easily. This is why using two-factor authentication over single-factor authentication is necessary. Addition of an extra layer of authentication such as a biometric scan (fingerprint or facial) to a third-party LMS increases data security and prevents attackers from getting access to sensitive data.

To keep malicious attacks at bay, developers of a custom app development company should view the app through the eyes of an attacker. By incorporating the above-mentioned security points, eLearning app developers can create highly secure educational apps.