What Role May VR Play in Bridging the Gap in Medical Education? 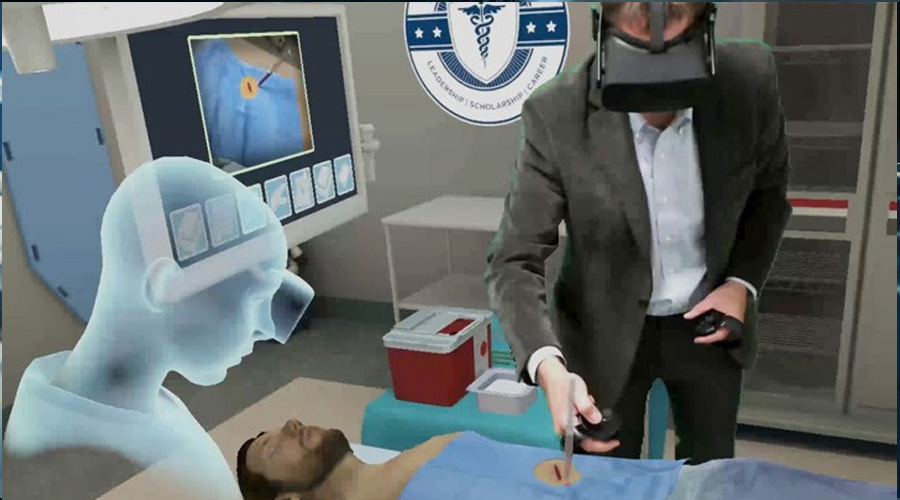 Virtual reality (VR) and augmented reality (AR), two modern simulation models, are presently being used to improve medical education. VR and augmented reality give users a 3D and dynamic perspective of structures, as well as the ability to interact with them. As a result, surgical and other interventional procedures are the most common uses of VR and augmented reality. VR in medical education is being trending day by day. The NHS lost its title as the best health care in the developed world in August 2021. The United Kingdom fell three places to fourth position after holding the top spot in the Commonwealth Fund’s influential rating for the previous two reports. Appointment delays and higher wait times were listed as the main reasons for this decision by the US-based ThinkTank in charge of assessing the list. The NHS and its employees have been under unprecedented strain for the past 18 months, with two goals in mind: first, to offer urgent care for patients who have been hospitalized with the condition, and second, to move day-to-day processes to partially or entirely remote formats. These constraints have resulted in a rising backlog of non-urgent and regular diagnoses, treatments, and procedures, which may reach 13 million patients, according to estimates.

For the past decade, the NHS has been dealing with a “workforce crisis”. There are just insufficient skills to fill medical positions and fulfill the rising demands of the British population. Several essential medical occupations are now included on the government’s “Shortage Occupation List” (a resource used to identify where national skills gaps exist), including general practitioners, nurses, paramedics, nursing assistants, laboratory technicians, health managers, and senior care workers. In effect, this implies that there isn’t enough domestic talent to fill these positions, and we’ll have to rely on foreign talent to fill the gap. As a result, the patient-to-GP ratio is at its lowest point in 50 years, one out of every ten nursing posts is vacant, and the yearly shortage of healthcare professionals is expected to reach 350,000 by 2030.

Bridging the gap in medical education

Augmented reality and VR in medical education are the current trends. Medical education is already being transformed by virtual reality. VR in medical education is assisting in the liberation of learning from the classroom, allowing students to put their knowledge into practice and learn from their failures. It focuses on increasing competencies and emphasizes self-directed, blended learning, which is what today’s learners demand. This problem extends beyond the inability to find and keep qualified employees. The ‘medical education gap’ refers to the reality that not enough students choose to study medicine or become healthcare professionals, limiting their studies or changing occupations before graduation. According to one research, the medical education gap is most visible during three crucial stages: school placements, a healthcare professional’s first employment following graduation/training, and the ‘training-practice transfer’ that continues throughout a person’s professional career.

Education techniques and formats must be evaluated and optimized in these three areas. Students, graduates, and workers will be more likely to remain involved with their studies/work and interested in a long-term healthcare profession as a result of this. Many of the difficulties identified in each of the three categories, according to the study, focused on students’ inability to link a theoretical clinical understanding with a practical one. Much of the knowledge conveyed in a classroom environment about medical practice is intrinsically theoretical for young people in schools and can be alienating to those attempting to grasp it. Medical education no longer needs to use cadavers to teach students about human anatomy thanks to virtual reality. Medical students may now examine realistic and genuine human anatomy in a fully immersive environment utilizing virtual reality, including the circulatory system, central nervous system, muscles, and bones.

Similarly, the research highlights how moving into their first job might be intimidating, and how it can be difficult to reconcile this theoretical understanding with what it means to work in a hospital or clinic. According to the article, students who are entering the workforce for the first time frequently discover that what they were taught in the classroom does not always correspond to the reality of the job. This might be a problem for existing healthcare workers who want to advance and specialize.

Virtual reality and interactive simulation technology might be an excellent approach to close the gap. Students and trainees will be able to acquire an idea of what working in a practice would be like by offering a framework in which they may replicate the experience of clinical practice. Similarly, including modern technology such as these in schools and universities is expected to increase the number of young people interested in medicine. It not only offers a more practical, literal knowledge of clinical curriculums, but it also appeals to younger generations, who are more likely to engage with technology and interactive learning techniques.

Virtual Reality (VR) and augmented reality might also be a useful tool for healthcare professionals that specialize in the workplace. It has previously been tested in a variety of disciplines, including radiography and complicated surgical operations like heart and brain surgery. For those who are skeptical of these claims, one simply has to look at the results of early medical VR and simulation experiments conducted across the world. According to 2018 research, 48% of medical examiners employed virtual education technology to improve their understanding of laparoscopic surgery training. The usage of simulators improved the final grades of 74% of students, and 87% of situations where virtual reality (VR) technologies were utilized as a surgical training tool had “increased accuracy” in students’ practice.

Further research in the usage of medical VR has shown that it decreases anxiety and tension in many medical students and trainees, in addition to boosting pass rates and practice accuracy. According to one study, VR-based training lowered the anxiety of 68% of nursing and 58% of medical interns when it came to preventing occupational needlestick or sharp injuries (NSI).

Virtual reality and augmented reality have been tested in a range of disciplines and age groups at schools and institutions. Immersive classrooms allow students to interact with and engage with the things they are learning about, and have been shown to have a variety of good benefits on children and young people’s ability to not only retain but also enjoy their studies.